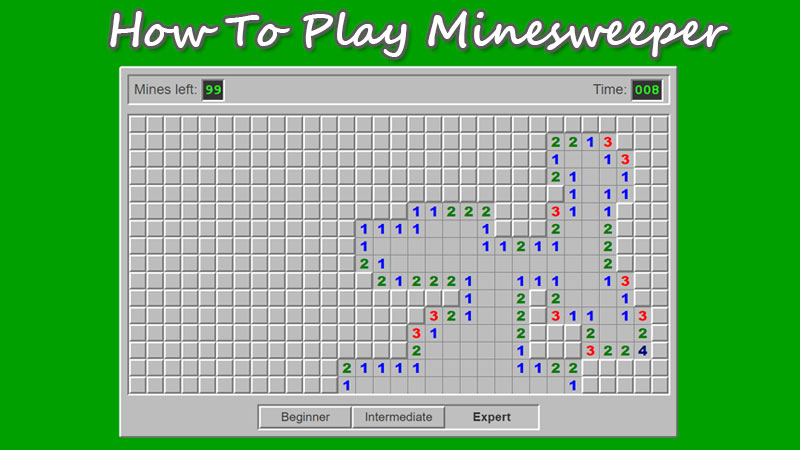 Minesweeper is a solo-player puzzle video game and it was initiated in 1989 with the genre of Puzzle Video games. And the important intention of this game is to clear a rectangular board containing “mines” or named as bombs without detonating any of them, with help from clues about the figures of neighboring mines in each field of it.

The earliest version of the game was Microsoft Minesweeper in 1990, but Eurogamer considers Mined-Out by Ian Andrew (1983) to be the original Minesweeper game.

An important rule of this game is quite simple_ the number on a block shows the number of mines adjacent to it, and if you have any idea it contains mines, just mark it with the flag, and it’s for all mines.

Rules – Important Terms And Symbols We Have To Know Before Start Playing This Game Are:

Choose The Difficulty Level – Before Start The Game:-

How To Play Minesweeper – Simplest Strategy

How To Win The Minesweeper – Gameplay

Beginning of the Microsoft Minesweeper game we are prompted to start the tutorial and this tutorial will help you to practice and understand the concept of the game. (it’s only for those who start the first game on it)

Stepwise procedure for your win:

Don’t do this:- If you accidentally click a square that contains a mine behind the square, you may lose the game and it will be over.