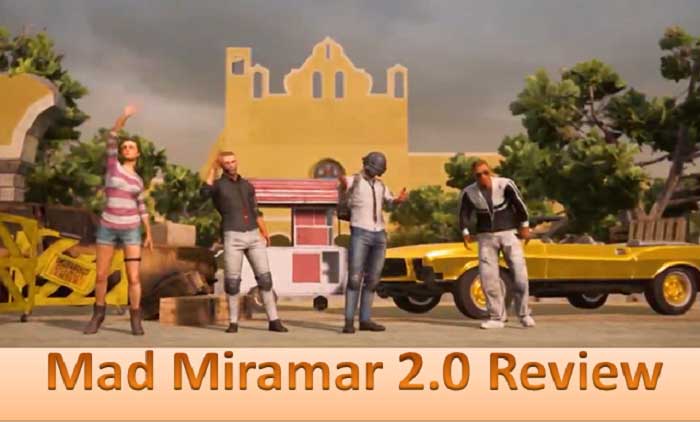 Mad Mirama 2.0 is a new version of the old Miramar Map that we use to play in PUBG Mobile. As we all know that PUBG Mobile has brought the new version update 0.18.0 on 7th May, and the game also got this new version Miramar Map along with this update. The Beta version is already out and some of the New 0.18.0 Features are going through a lot of Discussions. Also, we will know about some best secrets of the Miramar 2.0 map.

Recently, The PUBG Mobile Twitter has updated a piece of confirmed news about what to come with the upcoming update, and also they have now finally, shared some video that will give you some detailed information of Mad Miramar 2.0. So, here is a detailed Mad Miramar 2.0 review and some lesser–known facts.

In this new Miramar 2.0, there are a lot of new things we are going to get. PUBG Mobile has named this map as Mad Miramar and they have totally changed the old Miramar Map we used to play and also added some secrete things on the map. Some of the best kinds of stuff of the Miramar map are the Golden Mirado, Racing Track, Ruins, Sand Strom, and a new town called the Oasis. However we also got some extreme secrets that even PUBG mobile hasn’t revealed yet.

The new map is full of fun. It doesn’t only have some of the coolest feature like the new car, the storm etc. But also, players will get to see a few secrets that they don’ know. These unknown features might get them into trouble or can also help them in some situations. So, lets talk about what are the secrets and facts of Mad Miramar Map.

6 Secret Facts You Should Know about Mad Miramar

2. Attacking the vending machines will set an alarm that will reveal your location to the enemies.

4. It is located on the North West side of the Map. The Ruins in Mad Miramar has a story. It was buried in sand but the Sand Storm lifted all the sand and somehow it came to surface. A Long Dead Story is now alive.

5. Racing Track is located on the South West Side of the Miramar 2.0 map, and the whole track is definitely not small. It is so big that you can ride through the whole map. 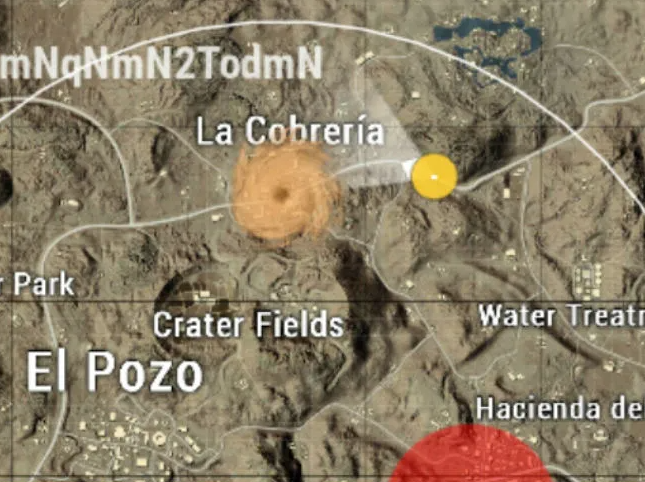 6. The Oasis is located on the straight North Side of the map. The location looks really cool, and unique.

The following new features are going come on the upcoming 0.18.0 update-

The Most discussed Miramar 2.0 will be the new Miramar map that is going to replace the old Miramar map in PUBG Mobile 0.18.0 update. Some of the main changes are the Sand Strom and a new river and city across the Map.

After the 0.18.0 update players will see a new result screen interface. The old way of viewing your match results, KD, game performance, Win matches, total matches, etc will never be the same after this update.

This update is basically for the Miramar Map. Along with the new Miramar Map, PUBG Mobile is going to bring an exclusive Golden Mirado vehicle. The vehicle will be available on the map on a free spawn basis. Player’s won’t have to buy this because it is not a skin. The Golden Mirado will be the Miramar Vehicle on a 0.18.0 update.

Another Miramar Update. Yes, along with the new map and the golden Mirado, PUBG Mobile is going to get a new gun in its inventory. The gun is the Win94 with a cool scope. The Win94 gun is never going to be the same. The gun is to get a 2.7x scope it will definitely be the coolest thing from this upcoming update.

Another cool thing will be the most waited double scope attachment in PUBG Mobile. Players have already seen the double scope feature in which we can use a Red Dot or Holographic along with a different scope on an Auto Gun in the Chinese version of PUBG Mobile. The feature to use a double scope in a single gun is finally going to arrive in global version PUBG Mobile mobile with the 0.18.0 update.

Another new gun. It seems PUBG Mobile is going to bring the P90 gun on it’s Arena Modes only. The gun is available on the Garena Free Fire game. But this time the PUBG mobile will bring this gun in-game. Let you all know that P90 is an SMG gun that fires the 9mm bullets.

A new Map or we can say Park is also going hit the live servers on 7th May with the 0.18.0 update. The park is all about playing and having some good times with the global friends of PUBG Mobile. The things we will be able to do in the Cheer Park is still a mystery.

So, here are the Top 8 new features that PUBG Mobile is going to introduce on 7th May with the 0.18.0 update. I hope you all like this article and don’t forget to share with your PUBG Mobile friends.