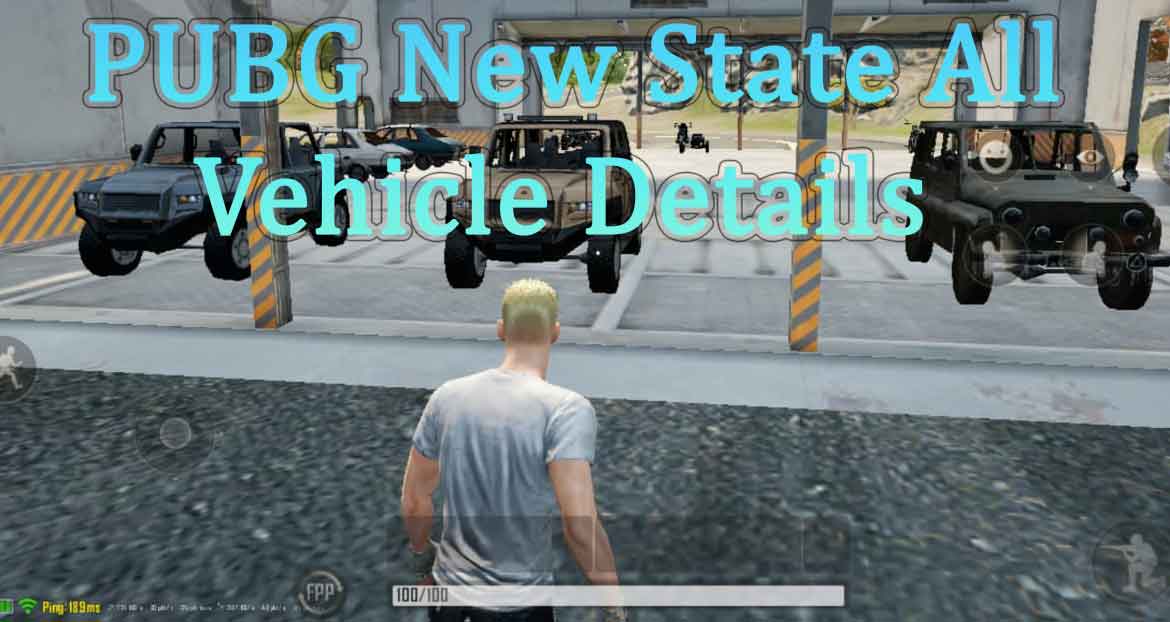 PUBG New State is just beginning to bring the hype. After the final lunch trailer, the game has opened its server for the last Technical Test. Famous PUBG Mobile gamer MortaL also tried the first look of the game. The game has changed many features. Even an Erangel from the future is here. Not only the whole map and the cities but also features like drones, buying gears, new guns, etc are added to the game. There are also many new vehicles in the game too. Today in this post, we are going to give you all about the new vehicles coming on the PUBG New State. Check PUBG New State all vehicle Names and Details

Besides all the new items and features, you can not ignore one thing in the upcoming PUBG New State game which is the vehicles. The all-new types of cars, buggies, and of course the motorbikes are much more interesting than anything you can possibly know in the game.

There are sports bikes, dirt bikes, cruiser bikes, sports cars, and not only that, there is also a very techy-looking car from the future. Excited? Let’s know about all these vehicles and their names.

We have searched and found that in the latest update of the PUBG New STate, there are 21 new vehicles to be found. Thus, we all do not have access to PUBG New State, Here is a list of all 21 PUBG New State vehicles you are going to see in the game.

This new vehicle named Lightning is a sportbike. Looks more like the Ducati Panigale V4. Built for fast transport which is also give you a very fashionable look while riding. Its max capacity is 2 people per bike.

This is also a 2 people bike which is one of the most unique PUBG New State Vehicle. This chopper bike is given the name Vulture. Very cool, stylish, and scary-looking bike like this can only be handled by the future pro of the PUBG New State Game.

Good old normal Enduro, the motorbike from the PUBG Mobile is also included in the game. Here is a picture and it looks the same as the old one. PUBG new state all vehicle details.

The Motorbike with the sidecar is also included in the game. This 3 seater bike is very helpful when you can not find any vehicles in PUBG New State game.

Yes, the good old, easy-to-handle buggy is also in the PUBG New State 2051. The buggy can be found in Erangel and Troi on both maps of PUBG New State.

A little more advanced from buggy this 4 wheeler is called the EV-AX. It has 2 seats in the front and one seat in the back. This 3 seater buggy is going to be one of the new PUBG new state vehicles. Players will be able to find this vehicle in both the Erangel 2051 and Troi map.

Much discussed The NOVA is here. This futuristic-looking 2 seater vehicle is going to be the signature car for PUBG New State. This one is exclusive so players are going to get some hard time getting this high-speed sports car.

I would suggest the players ride this one a bit slower.

Unlike Darcia, this 4 seaters 4 wheeler is a very stylish and cool-looking vehicle. As you can see in the picture, this 4 seater is glowing from outside. It even has lights on the tire. It definitely going to give the futuristic vibe to the PUBG New State game.

Darcia has also included in the PUBG New State all vehicles. Yes, just like PUBG Mobile, players on PUBG New state are also going to find the Darcia in random places of the Erangel and Troi.

A heavy-duty 4 wheeler with 4 seaters. This monster vehicle is going to be extra powerful when it comes to climbing height. We can already the huge tires and mobile body of this vehicle. This vehicle called Vrion is going to be one of the top most combat vehicles in the upcoming.

PUBG New State players will love to use it for chasing other enemy vehicles.

Our good old UAZ is also coming to the PUBG new state all vehicle. Of course, this car is only for Erangel and it won’t spawn in Troi.

Faster, better, and smoothly controlling this speed boat is going to be very useful in PUBG New State. The cool white color also gives a future vibe to it.

A 4 seater motorboat. Very fast but controlling is very poor. We already used this in the PUBG Mobile too. The name of this water vehicle is simply called Boat.

PUBG New State all vehicle also comes with the Aqua Rail. A 2 people motorboat. Hard to ride yet it can save a day while you are in the last zone or any other emergency.

A 6 seater vehicle called the Electron. Looks very futuristic but it has lower mobility as the vehicle is too big and tires are comparatively small. You can use it for good transportation but you can not use it as a combat vehicle or run away from enemies.

It also has low health which will let enemies destroy it faster.

It is a 2 seater vehicle and has 3 wheels. To ride simply hope on, ride it on a road until it goes to top speed to let the glide lift the vehicle into the air. Newbies may get some hard time flying this thing but some tries should just do the trick for them.

PUBG New State is coming to India: How to Pre-Register