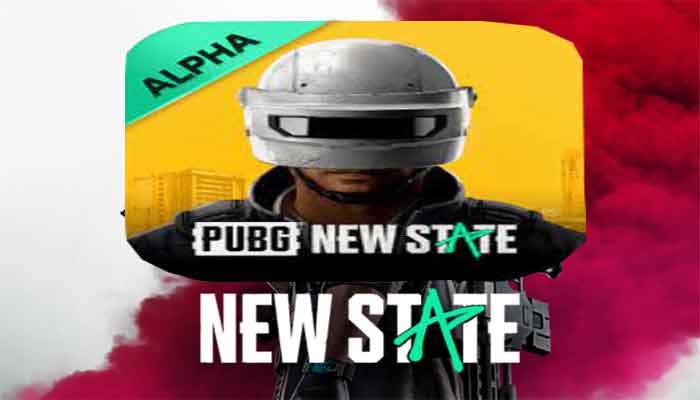 Before we head to our topic, PUBG New State is a game made by Krafton. It is made by the idea of PUBG in the future. On the base of the year 2051, PUBG mobile should be played with some futuristic guns, amazing gadgets, and new maps. Check Everything you need to know about PUBG New State.

The New State was announced by Krafton in 2020 and the game was available for the entire world excluding China, India, and Vietnam. But not anymore. As soon as, Krafton announced the second Alpha test. They also made it clear that Indian users can download, install and play the game too. The PUBG New State is now available on the Indian Play Store. Here is How to Pre-Register PUBG New State Game.

So, now let us know about the Alpha Test of PUBG New State.

On the 9th of August, Krafton announced the second Alpha test for the game. On their official website, it was made clear that Krafton is going to host a PUBG New State Alpha Test in the month of August. This test was only for Asia, Mena, and Turkey regions.

The first test is probably done by the game devs itself but this second alpha test was all about testing and encountering bugs and other issues by the global players.

This second alpha test is to monitor game bugs, glitches, network stability, server performance, etc. First Krafton chose their tester from the submitted forms by the players to become a member of the alpha test.

After that, players were notified of the date to pre-download PUBG new state. After which they will be able to play and experiment with the game on a certain date.

Youtubers and Other content creators have revealed many secrets and facts during these Alpha Tests.

There are some unique features and interesting facts that have been revealed and now we are going to reveal them for you. PUBG New State has gone through many changes as we already knew it’s all about the future.

Maybe the theme of the game is still the same but there are a whole lot of features to experience in the new upcoming PUBG new state. Not only the gameplay but also the whole style of PUBG’s New state has been changed.

The Graphics is way above the expectations. Krafton has already made it clear about the realistic environment of the PUBG New State game. According to the information, PUBG New State is going to focus on PC-style gameplay on Mobile devices.

Apart from that, the map itself is a shocking thing to explore in PUBG New State Alpha. There is nothing like the old PUBG Mobile anymore.

The Map in PUBG New State that is called Troi is a whole new experience itself. Trees and bushes are darker and greener. PUBG New State Alpha Test shows honesty is unique and looks like they are full of technology inside. These houses are to bring brand new tactics and strategies with them too.

The locations are also very different and fun to play. Some are abandoned cities with long skyscrapers and some are huge mentions and science facilities make the map Troi different. There are even science facilities and camps over the map. Also, you will be able to see robots hanging in front of a facility.

Exploring the map is just like watching yourself in a science fiction world. Apart from the new map has some railbus too and they make transportation very easy.

Of course, the gameplay is different too. Because of the whole different train, the Troi map, and also new weapons, gadgets, and futuristic building and house make it all different for the players.

In the past Alpha test, we have located some gameplay changes and most of the changes are quite similar to PUBG PC. However, they are will be very helpful for the players.

Players can now bring shields to protect an area, get a weapon customizing kit to make weapons that could affect range and accuracy, new gadgets for climbing heights.

Apart from that, you can also get sports cars and bikes from the spawn areas on the map.

Another big change coming from the PUBG New State Alpha, players can make enemy players their own teammates. Yes, If a member dies in your team, you can knock down other enemy players to revive them to make one of yours. Isn’t that fun? give your opinion in the comment section below.

Also, there will be many small changes like PUBG New State lobby, settings menu, game screen, waiting lobby, etc. We will be exploring the whole map Here.

PUBG New State made their exclusive early access apk for the chosen players only. If you have someone in the family or friend who got the early access by registering on Alpha Test then you will be able to download and install directly from their email sent by the PUBG New State Alpha Test.

Another way to download PUBG New State Alpha Apk is from Here. This is the link to a third-party app supplier. You can download the apk and install it but can not open or play the game as the servers are not yet online.

The second alpha test was clearly for playing the game for 3 days only. Krafton already announced the players will be able to play it only for three days straight.

What is PUBG New State?

PUBG New State is a sequel game from PUBG Mobile based on 2051. It was first announced in February 2020 and finally, in September, players experienced their first PUBG New State gameplay.

Made and distributed by Krafton, PUBG New State is a battle royal game with PUBG PC style. It’s basically a futuristic PUBG PC game on mobile.

PUBG New State alpha is available for Android and iOS.

Final Words: So, this is all the details we have found from the PUBG New State Alpha Test. Although, these new features are not yet confirmed to be in the final version still we can get some ideas of how the final game is going to be.