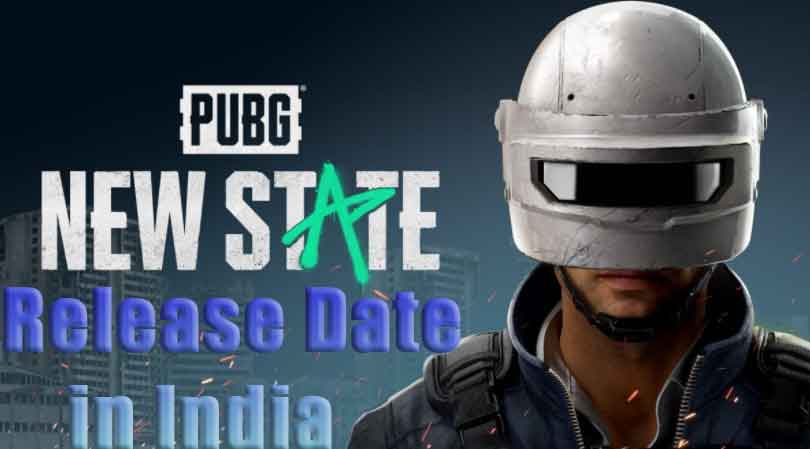 PUBG New State release date is being continuously asked by the players. The game is now live on the Play Store for pre-registration. After the second alpha test, the game is so close to its release date. Its been almost one month since the game is open for pre register for both iOS and Android devices. Various news giants like Indiaesports guessed the initial release date of PUBG New State is going to be on 8th October 2021.

PUBG New State is on the hot news in India today. Krafton recently launched the Battlegrounds mobile India for the Indians that is a substitute for PUBG Mobile. But the company is not yet satisfied. Along with the BGMI, Krafton also announced to release of PUBG New State in India is going to happen soon. And today we are going to talk about the PUBG New State Launch Date in India.

What is PUBG New State?

After the PUBG Mobile got banned in India, Krafton tried many ways to bring the game back online in India. However, after failing many times, Krafton made a new game called PUBG New State.

PUBG New State is a mobile fps game based on battle royale style. With a more realistic environment and ultra graphics on mobile, this game is meant to bring the PC gaming experience to mobile. Krafton made it clear, that the PUBG New State is going to be a sequel game of PUBG mobile and it will be based in the year 2051.

Last year February 2020, the first version of PUBG New State came to the internet. However, it was only available only for a few people for the test. Since then, Krafton has released several Alpha versions of the game and continuously improving it.

However, it seems the wait is over. A few days ago, Krafton arranged an event where players had to submit their registration for the first-ever global alpha test. And with that news, it was also made clear the PUBG New State launch date in India.

PUBG New State Launch date in India is going to be most likely in October. This is not announced officially but we are making our statement based on various new websites. Since the PUBGM is banned in India, and players are not able to communicate globally, the game is pushing hard to enter the Indian market.

However, the PUBG New State release date in India has not yet been revealed by the company. Krafton said in the last announcement that, the game will be available soon which means it can be this very year.

If we see the progress of the game makers from the beginning, the below chart says the gap between the game updates. According to it, PUBG’s new state is coming with a new version in every 3-4 months gap. So, If this Alpha test happened in August then there is a big possibility for the PUBG new state will be live at the month’s end.

This is just an analysis based on what we have seen through the news updates and posts. As of now, most of the problems are solved with Indian PUBG gaming. So, we can depend on our analysis and know PUBG’s New State Launch Date in India.

Is it Possible to Launch PUBG New State in India?

Since the PUBG New State has no connection with Chinese company Tencent, Krafton certainly not going to face any issues while launching PUBG New State in India. The game is already available for pre-registration on the Play Store India.

Final Words: PUBG New State fans are waiting for a long to get their hands on the game. Recently after the release of BGMI in India, it is not so sure that PUBG’s new state release date is going to be any time soon. So, have faith and subscribe to our page for more news and information.

Thanks for sharing our thought on The PUBG New State.